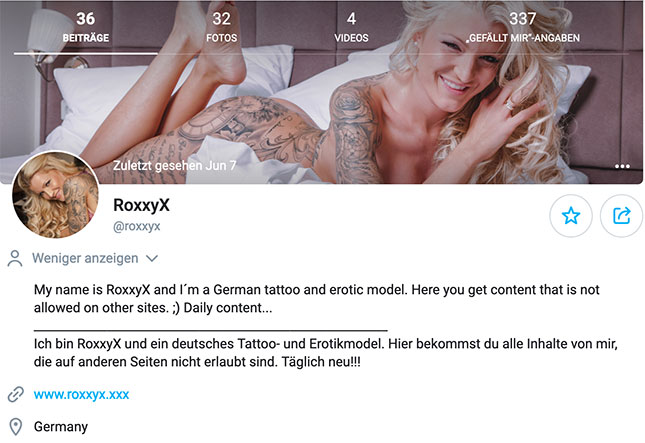 Fans can subscribe to their favorite girls and get access to their exclusive photos and videos. Mostly it is uncensored material that is banned on common social media portals such as Facebook or Instagram because of “too much bare skin”.

Adult actresses and nude models who build up a subscription community are commonly called intimate fluencers. Ultimately, their business model is based on selling fans a feeling of exclusivity and closeness.

Yma Louisa Nowak is a successful intimate fluencer and speaks to Spiegel Online about her success with the content subscriptions.

As a thank you, there is a 50% discount on the first month for the next 10 subscribers 😘https: //t.co/r5BnBSHa9f pic.twitter.com/7UOnGQBsYz

Nowak’s fans have to pay 14.99 euros per month for the OnlyFans subscription. According to her own information, she has between 140 to 170 followers and can live well on her income.

Other intimate fluencers also have several hundred fans and charge an average of between 10 and 20 euros in monthly fees. OnlyFans keeps 20% of the income, the girls keep the remaining 80%.

Nowak even describes this type of self-determination as “modern feminism”. With her content subscription profile, the Berliner is concerned with the aesthetic representation of her body and the living out of sexuality, which is not possible on many other social media portals.

Many well-known faces of the adult industry are represented with their own profiles on OnlyFans.com. Here are a few examples.

On the one hand, the feeling of closeness that can be acquired is apparently not enough for many subscribers. Again and again, intimate fluencers report about rabid fans who demand more explicit content or private data and real meetings from the girls. It is difficult to block such harassment on the platform. The penetrative online behavior can also lead to offline stalking.

In addition, a black market is raging around the exclusive content on the portal. Although the subscription page takes special protective measures for content uploads, pictures and videos are apparently stolen from time to time: OnlyFans can read hacks and leaks on illegal platforms. The paid content is offered there free of charge or monetized in some other way, for example by displaying advertising banners.

Pop star Beyoncé released her track “Savage” on April 29, 2020 and raps in it: “On that demon time she might start a Only Fans”. After the publication, the traffic at OnlyFans increased by 15% and daily up to 200,000 new users and approx. 7,000 new content creators should be added. But not only the mention in a pop song recently gave the platform a push.

OnlyFans and its content creators appear to be benefiting from the corona pandemic. In April, the site reported subscription growth of 50%. 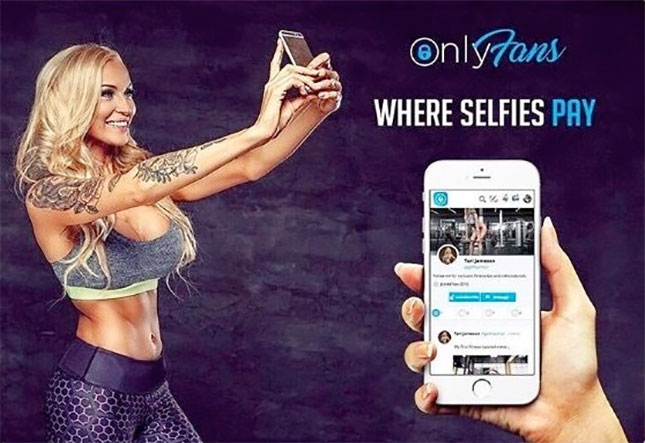 There are different theses as to how this comes about. On the one hand, traffic could have increased because people in the Corona crisis have more time to consume content.

Many emergency sex workers without any previous experience with social media, on the other hand, start from scratch. You should soon notice that it is hard work to build a community and to keep it happy: Buy costumes, sex toys, cameras and other equipment, keep posting, evaluate key figures, start promotions – all of this requires time and know-how.

But sex workers who ended up at OnlyFans out of necessity do not need to hope for solidarity on the part of well-known influencers. This is shown by the example of Caroline Colloway. Instead of showing solidarity with the sex workers in need, the influencer bragged about her success via Twitter and teased her (supposed) new “competition”. These never compete with their painstakingly built brand and their special softcore content.